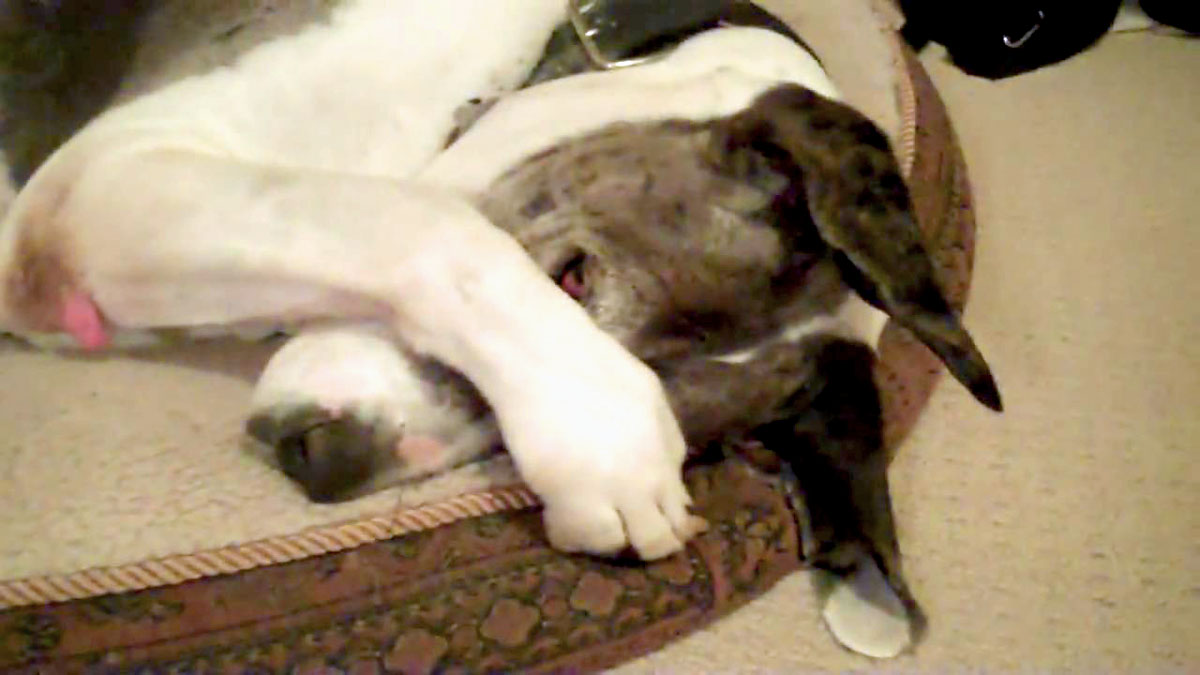 In a great many ways, dogs have a lot in common with humans – and in probably just as many ways, they have huge differences.  We do expect a lot from our pets, in some cases unreasonably and unrealistically so!  Sometimes it can be hard to know where the similarities lie, and where the differences occur – other times its pretty obvious (I’ve never felt the urge to put my face in a friends handbag, sniff somebody’s butt or wee up a lamp-post!).

Whilst it might fly in the face of ‘hard science’, at times I do fully believe it IS worth putting yourself in your dog’s paws. Think about how your dog might feel.  It’s often difficult to do because our social and moralistic rules are quite different from a dogs, for instance human rules about ownership of belongings or polite methods of greeting strangers are wildly different to canine rules!

If we can set aside these things though, which after all we too have to learn and do not instinctively know, tuning in to what a dog experiences and possibly feels can be a very valuable tool in understanding what’s going on.  Simply getting down on the floor to a dogs height can radically change your view of the world. Your opinion on what is threatening or scary is likely to change if your eyes are only 10 inches from the floor. Think how big another person look from down there, and cars, never mind trucks or a busy high street!  This one is quite obvious, because there are no dogs the same height as the average man or woman, even our tallest breeds live in a world of peoples butts, hands, car bonnets and bumpers.

It much less surprising then that dogs can get fixated by moving feet, bite or nip at ankles or jump up to see peoples faces.  There are other things we rarely consider, personal space is one of them.  Think how you feel, if someone you don’t know so well (or even someone you DO know well), tries to talk to you standing just a little bit too close…perhaps leaning in, putting their face that fraction too near to your own.  Your reaction is to back away, to lean back or take a step backwards. But what if you already have your back against a wall and are effectively trapped?

This isn’t an uncommon human situation, think of the office Christmas party, where colleagues you know fairly well have had a couple of drinks and their social boundaries are relaxed. Though you might tolerate or even like them on a daily basis, when they invade your personal space you feel uncomfortable, you avoid eye contact, you try to shrink away, you make ‘help me’ faces at a friend or partner hoping they might save you!

Dogs have personal space too, but all too often people don’t realize this.  Unlike us though, a dog isn’t worried about offending the boss at the Christmas party, he doesn’t have the reasons we do for tolerating these sorts of invasions.  So when you let your neighbor stick his face right into your dogs face, as you stand with your backs to a wall, dog on a lead, out on a walk… it’s actually quite surprising how many dogs DON’T as much as growl at the guy, let alone bite him!

Another area where we commonly expect a dog not to react badly but in fact, we would react badly ourselves, is food.  So often people expect a dog to tolerate or welcome us near them, touching them and even taking their food.  I once had a discussion with a friend of mine, whilst we sat eating pizza in front of the TV. She was telling me about how her dog had been uncharacteristically ‘rude’, as she put it, in growling at her when she tried to take a bone away.  I suggested that her dog felt that taking the bone was rude and was probably surprised by it, and she agreed but also said ‘surely my dog trusts me and likes me and she shouldn’t mind – after all I bought her that bone’.  Instead of saying anything in reply, I leaned over and snatched the slice of pizza she had in her hand.

When she stopped swearing at me… she saw my point. She likes and trusts me, I paid for the pizza, but swiping something out of someone’s hand when they are about to eat it is rude, shocking and elicits fairly strong response from even the mildest mannered of folk.  I have to admit, even I was quite shocked at just how quickly and aggressively my friend reacted (good job we weren’t eating something with knives and forks!), she was very surprised herself!

If these feelings are present even in us, when we can rationalize what’s going on, when we can use complex verbal communication to ask people not to do something or explain why we dislike something, it is pretty unreasonable to expect that they are not going to be displayed by our dogs.