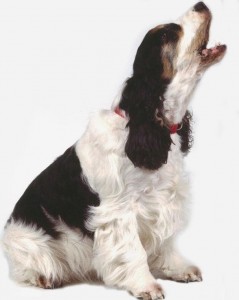 The Science Dog hits the nail on the head again!

How Many Barks does a Nuisance Dog Make?

According to a paper that I read recently, nuisance barking is identified as a major, worldwide behavior problem that affects 1 in 3 dogs, is a frequent cause of neighbor disputes, and is a common cause of relinquishment of dogs by their owners to shelters and rescue groups (1).

So, once again, it is all about us. Because really, if we asked the dogs to tell us why they are barking, I would venture that the vast majority would NOT say: “Oh, because I want to be a nuisance“.

Rather (and I know you trainers and behaviorists are with me on this one), their reasons, in no particular order, are much more likely to be:

So, let me begin by saying, up front, that I was irritated by the title of this paper and the authors’ casual acceptance of the term nuisance barking. And yes, I know that the term can function as a way of classifying what people tell others and also how some animal control agencies handle barking complaints. However, if the place at which we begin is by classifying any barking that an owner (or neighbor) does not like in terms of human comfort and perspective, where exactly does that lead us regarding how we think about the dogs who are doing this barking? (Remember the Ben Franklin effect?) I would argue that the term nuisance barking itself is highly pejorative because once such a label is applied you now have a bad dog who needs correcting or a bark collar or relinquishment to a shelter. Because heavens, we certainly cannot live with a nuisance in our lives, can we now?

The good news is that once I got that rant out of my system, I went on to read an interesting study. Here is what they did:

The Study: Study participants were 25 dogs who had been identified by their owners as being guilty of the nefarious deed “nuisance barking.” The researchers were interested in determining the actual frequencies and durations of this type of barking and if there were clear factors in a dog’s life or behavior that were related. They studied this using a bark counter, a device that when mounted on a dog’s flat collar will record the duration, frequency and number of distinct barks throughout a pre-designated period. Each dog was fitted with a counter and barking was recorded continuously over a 7-day period. All of the owners also completed a questionnaire that provided information about themselves and their dog.

Results: A wide range of bark frequencies and durations were recorded.  For example, frequencies ranged from 10 to more than 500 barks in an hour. Dogs barked most frequently when their owner was away and the majority of the dogs in the sample (84 %) were confined to a yard or garden area when the owner was not at home. (Hmmm…..might these two things be related?).

Bark patterns throughout the day suggested that much of the barking was reactive – dogs were responding to one or more stimuli in their environment. When asked, many of the owners could readily identify the cause. The most frequently cited stimuli were the presence of people or other animals as they passed by the dog’s yard. (In other words, many owners already knew exactly what was causing their dog to bark). 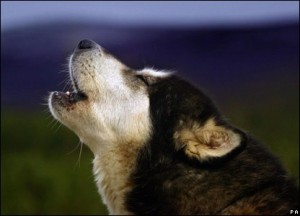 Although few significant factors in dogs’ lives were found to influence barking (possibly because of the small sample size), the researchers did find a negative association between the amount of obedience training that a dog had received and degree of barking; dogs who had received training had lower barking frequencies than dogs who had not. A weak association was also found between the number of neighboring dogs and barking; dogs who lived near several other dogs were more likely to bark than dogs who did not. (And there’s a second environmental stimulus…..).

Take Away for Dog Folks: First, let’s forget the “nuisance” label. It is a red herring. Please stop using that word.

Second, it is significant that the owners of the dogs enrolled in this study were able to identify at least one clear underlying cause of their dog’s excessive barking (the presence of passersby near the dog’s yard). Neighboring dogs were apparently also a trigger for some dogs.

Huh. So, it really is not what some owners insist that it is. 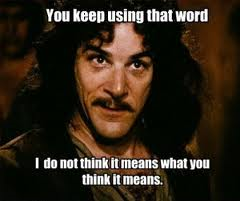 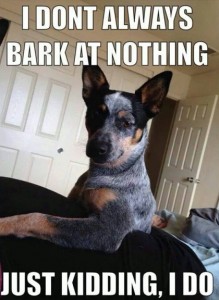 I am back in my snit, it appears. It is my contention that dogs and their people are much better served if we stop using anthropocentric classifications for problem behaviors that label dogs as nuisances. Rather, as this study corroborates, dogs bark for reasons and often these reasons are something that we can remove, modify or manage. If we begin the discussion with “I have a nuisance dog who barks too much” we have all the further to go towards changing perspective and identifying the cause so that we can start helping both the dog and the owner.

Because dogs bark. And some dogs bark a lot. Maybe too much. (Just like people talk and some people certainly talk too much…..[you know these people, the nuisance talkers]. For those people in your life, you are on your own). For the dogs, I am with all of the trainers out there who start by finding out why the dog is barking, eliminating or modifying that cause, adding in a bit of training, exercising, and playing, with the ultimate goal of this: 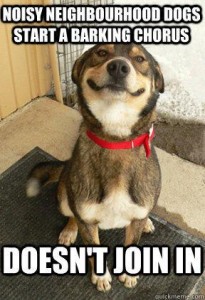