Shock Collars Need To Come Off The Table 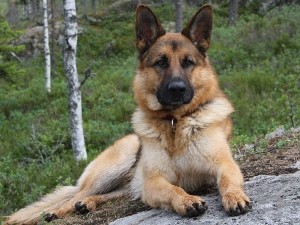 For a force-free trainer, shock collars are off the table. There is never a need or time when considering using one would be acceptable. Why?

An effective pet dog training program is one component of your dog’s physical, mental, environmental and nutritional well-being. Training should be conducted in a manner that encourages learning, creates confidence, prevents aggressive or fearful responses, and energizes the dog. Training should not only be effective, it should be fun, and support appropriate socialization and emotional stability so your dog can successfully live in a human-centric domain.

When a shock collar is fitted to a dog, even at the lowest setting, it is an as yet unknown stimulus. When that stimulus is no paired with something the dog seeks to access, it is neutral, frightening or painful.

When being trained with an electric shock collar a dog learns to exhibit behaviors that it hopes will help escape or avoid the shock. By definition, if a dog seeks to escape or avoid a stimulus then the stimulus is painful or frightening. Let’s take for example the skill of leash walking using electric shock where the dog is shocked each time it steps out of the “ideal” position. The shock is administered as soon as the dog lags, pulls forwards, steps to the side or any other location the trainer deems unacceptable. The only location that becomes safe to the dog is the exact “heel” position and the dog remains there to escape or avoid the shock.

Studies have indicated that dogs trained using pain or fear display stress signals and are at risk for increased aggression. Stress signals were observed in these studies even as the dogs approached the training area. In many cases, electrical shock can cause physiological pain and stress to the dogs. This pain and stress is manifested through vocalization, urination, defecation, fleeing and in some cases a complete behavioral shutdown, sometimes referred to as learned helplessness.

A fundamental goal of any well-developed training plan is to generalize new behaviors. This means the new behavior is reliable in random environments. It is of course impossible to generalize each new behavior to all environments, so during the training program the environment the dog is most likely to experience during its life should form a part of the generalization plan. If training is being conducted with a shock devise this means the dog has to be repeatedly subjected to the electrical shock over and over in each environment. With this repeated exposure and use, the device can become part of the “cue” system, part of the antecedent package. Therefore, in the absence of the electric shock collar the new behavior is unreliable! Even shock collar manufacturers warn of the potential dangers if an electronic shock collar is worn for too long. Pressure necrosis can develop when dogs wear the collars for long periods of time, which is very painful. Does that not therefore argue that the collars are an ineffective training tool! 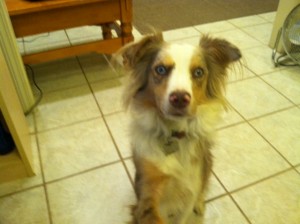 When training dogs with shock collars one of the problems of not achieving early results in the behavior acquisition phase is the need for the trainer to increase the intensity level of the electric shock.  This creates a counterproductive paradigm where learning is actually inhibited. Dogs of more stoic breeds may fail to show a pain response during training with electric collars, despite increased levels of electrical stimulation. Sadly, some dogs habituate to the pain and will endure it. The stress caused in these training situations has a significant effect on the dog’s physiology, resulting in increased cortisol levels and an increased heart rate.

A dog repeatedly subjected to even low levels of stress can go into a state of “shut down” or global suppression of behavior. To an untrained eye this can be interpreted as a “trained” dog. The dog will appear subdued and exhibit few or no behaviors. In extreme cases the dog may refuse to perform any behavior, and we see a learned helplessness where the dog will isolate itself to avoid incurring any additional electrical stimulation. This is counterproductive to any training program.

The use of electric shock collars is contraindicated in animals displaying aggression since the punishment from the collar can temporarily suppress aggression. This can lead to possibly more severe aggression resurfacing without warning (Hiby et al., 2004). Using electric shock to reduce behaviors like barking, lunging and growling can suppress the very behaviors that dogs use to warn people of a more imminent and serious behavior such as biting. Without these ritualized behaviors, people and other animals have no warning that a dog is scared or threatened and feels forced to attack and bite. We are suppressing the very communication system we need to understand and be mindful of.

Dogs that have been exposed to repeated electrical shock can become conditioned to associate the fear and pain of the electrical shock with certain contextual cues in their environment. As an example, many dogs trained to honor the limits of an electrical boundary (also referred to as “underground” or “invisible” fencing) will approach a stranger on the other side of the boundary and encounter the painful and frightening stimulus. Repeated instances of this stimulus association will generalize the pain and fear causing the dog to flee or act aggressively toward strangers on the other side of the fence in order to avoid the painful and frightening stimulus. In the same conditioning manner dogs subjected to repeated electrical shock may act aggressively toward the nearest human or animal in attempt to escape and avoid the pain and fear caused by the shock. 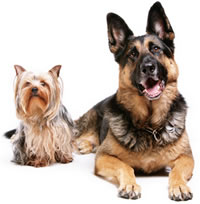 The most effective and safest way to train a dog is to use methods based on reinforcing behaviors that you want a dog to exhibit. Training methods using positive reinforcement, where the dog is rewarded for the appropriate behaviors, are safer and more effective and have no negative consequences if you get it wrong.

Teaching your dog what to do rather than punishing it for what not to do has huge benefits and no negative side effects. The many benefits of using positive methods include; 1) more effective in the long-run, 2) strengthens the bond you share with your dog, 3) training sessions are more enjoyable, 4) you can’t hurt or traumatize your dog if you do not get the training exactly right, 5) any member of your family is capable of using reinforcement techniques and 6) positive methods are easily incorporated into your daily routine.

Our family pets desperately seek to gain our approval, love and companionship and they should not live under the constant fear of punishment, especially at the hands of those whose role it is to protect and care for them. If your dog is exhibiting inappropriate behavior, consult a Pet Professional Guild dog trainer or behavior specialist. He or she will help you identify the root cause of the problem and develop an appropriate program using positive reinforcement to replace undesirable behaviors with desirable ones.